(Click on the designation acronyms after my name above for links to their full descriptions.) 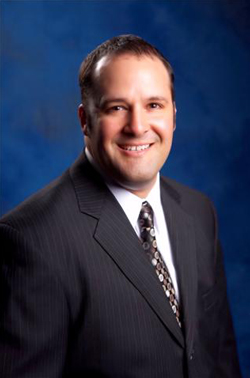 John, or “Hutch” as he’s often known as, is the founder of BankingTruths.com. He is not only a proponent of the strategy discussed throughout this site, but also a customer himself. Hutch specializes in taking a visual educational approach with clients, boiling down complex financial strategies to simple sketches and stories that they can easily understand. He is also a perpetual student in the continually evolving subject of wealth creation/preservation. Although he has earned some of the most respected classifications in the financial industry, Hutch learned some of the hardest lessons first as a consumer.

You see, Hutch watched his father’s life’s work as a successful entrepreneur come unraveled due to a premature death coupled with a lack of proper planning. After in-fighting among heirs of a blended family ensued, Hutch eventually was granted a sum of money to be “professionally-managed” in trust during what turned out to be “the lost decade.” Having no control and little say as to how the account was managed, Hutch saw his account churned more than once as the broker switched parent companies. He also saw the balance fluctuate violently after the tech-bubble of the early 2000’s and then again through the housing crash of 2008-2009.

After the first free-fall, Hutch used this as motivation to learn more about the mechanics of money as a consumer, and eventually joined the financial services industry before the second crash hit. Hutch was convinced he could build a more client-friendly model, and was determined to learn the business from the ground up. After working for two prominent parent companies, he eventually left a major financial company’s advanced business-planning team to create his own independent boutique practice, not to be “in bed” with any particular financial institution.

Because of his own entrepreneurial nature and what happened with his dad, Hutch especially enjoys working with business owners and self-employed real estate investors. He fully understands that an entrepreneur’s best rate of return will almost always come from within their own businesses where they have more access, knowledge, and control than they do with volatile financial markets.

Hutch lives in San Clemente, California with his wife of over 13 years, whom he met in elementary school. They have three daughters and enjoy going on travel adventures together as well as playing tennis, golf, going to the beach, and being of service through their church and other local causes.